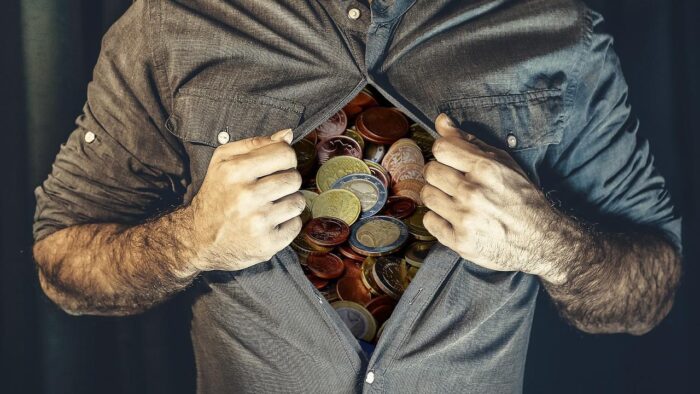 Whether you are a Master student trying to run an experiment, a PhD student hoping to secure a grant for an off-campus field trip, or a professor aiming to hire a new post-doc, almost everything in the academic world costs money. However, since research in all but a very few cases does not return any (immediate) profit, this begs one to wonder: who should pay for research, and how much?

An article published in the seventh issue of Honours Review. Honours Review is a publication of students at the University of Groningen, the Netherlands.

Who should pay for research, and how much?

Currently, research funding is primarily provided by third parties, such as industry or state. In the case of industry-related grants, the common practice is that either the industry partner approaches the professor, or that the professor has prior connections to industry. Companies are profit-oriented entities. To provide funding, a thorough risk assessment is usually conducted. Such an evaluation of research could help us understand its value. Unfortunately, there are two issues with this: Technology Trends and Risk Aversion. The more applicable a research field, the greater the funding from industry. This is exemplified by current developments in battery technology. However, applied research is always the result of more fundamental research, and it is highly doubtful that private companies would pay €1 billion for a pure research fusion reactor (3). Second, for obvious reasons companies will only collaborate with established researchers, and are much less likely to fund aspiring or young researchers in order to minimize the risk of failure. This is clearly not a feasible long-term strategy. So if we take company-inspired funding as a starting perspective, we might have a short-term higher productivity, but the long-term perspective and success of research will decrease. Thus, only an entity with a long-term interest such as the state would have any interest in funding highly important fundamental research. If good research conditions are provided to researchers, the appeal to society will rise over time and make it an attractive business and investment location. However, the question is: how much should this cost? Let us consider a couple of ballpark figures: between 2007 and 2013 the United States and the EU Commission alone spent over €1 trillion on research and development. That’s right: within 6 years, monies equivalent to the GDP of Mexico (4) (15th highest in the world) were spent on research, and that’s only by the US and the EU Commission. More importantly, as eloquently stated by Margaret Thatcher: “There is no such thing as public money, there is only taxpayers’ money.” As a PhD student, I have received some of that money, and if somebody was to stop me on the street and ask me “What am I paying you for?” I do not think I could give a satisfactory answer to myself (let alone to that person).

Is it too much?

Yes. It is. But the much more important question is: why is it too much? How is it possible to spend €1 trillion in 6 years? In a very interesting blog article (5) – which argues that research grant money is not a waste – the author states that about a third of the grant money is used for salaries. The rest is attributed to overheads from the department, equipment costs, conference and tuition fees, and so forth. The article also describes how grants are decided by panels of scientific researchers who themselves have to apply for grants, creating a snowball-like system. This is where, in my opinion, the two major problems with academic research lie at the moment:

What can be done?

Personally, I strongly believe in the value of fundamental and applied research (although the distinction is purely artificial and non-existent in reality). In the long-term, society greatly benefits from many aspects of research performed with taxpayers’ money. However, we should stop pretending that the academic world exists as a self-sustaining environment. As much as companies are held responsible by their shareholders, universities and researchers should be held accountable by society where the taxpayers’ money – which could be spent on schools, roads and hospitals – is going. Such an approach to research would have immediate consequences: the number of academic conferences would be drastically reduced, in the digital world the subscription prices of journals would be a fraction of what they are now, with a very limited use of print editions, if any. Graduate students would not need to pay tuition fees (which is nothing else then re-routing money from the state to the university via a third party) but just hired as employees.

The most important thing is a change in attitude: currently, all of us think in terms of industry or academia, applied or fundamental research, as research is useful or a (partial) waste of money. It is this type of divisive thinking which generates many of the issues we see today; if researchers were surely able to cover their core research expenses (salaries, equipment costs etc.) no matter the research grant at hand, they would allow themselves to be freer of academic politics. Equally, fundamental researchers would have to justify themselves for their direction and methods used: why were certain questions investigated while others were not? Why were specific methodologies, frameworks and approaches used, and where do these lead to? These types of questions – which can only be asked by scientists from that research area – need to be considered in an honest and critical way. If a professor’s existence hinges on whether or not he or she gets a certain grant, he or she will pull every string and every trick in the book to get the money. However, if these questions are considered in a periodical, proactive fashion, such situations can be avoided. One way to do so are departmental seminars, regional get-togethers, or even periodical Skype meetings with peers from around the world. All of these points are not the perfect (or only) solution, but they aim to address the issues which continue to persist in today’s academic world. If we spend €1 trillion over 6 years, then we should care about where and what we spend this money on.

As many attendees are students or members, of course the average prices are lower. However, the lowest possible registration fee is $99 (for unemployed members, whereas the membership has to be paid for as well).

Robbins, Stuart J. 2015. “How your tax dollars are spent on research grants, and how angry people make it look like waste.” The James Randi Educational Foundation, last modified January 29, 2015, http://web.randi.org/swift/how-your-tax-dollars-are-spent-on-research-grants-and-how-angry-people-make-it-look-like-waste.

Richard Oberdieck completed his PhD in Chemical Engineering and now works for the world leader in offshore wind energy, DONG Energy/Ørsted on advanced modeling and optimization problems. As a (former) scientist and employee in industry, he is passionate about the bridge between academia and industry.