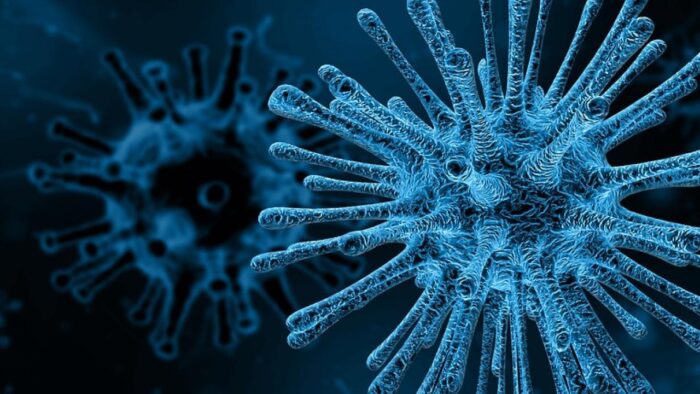 2019 is over but not the flu season. A good time to have a closer look at the virus causing this nasty respiratory infection and how to fight it.

After a relatively mild December, January began with definite signs that winter was upon us. With the days getting colder, it is also the perfect time to huddle up by the fire, in the company of friends and family, and share holiday stories over a cup of hot tea. Unfortunately, many viruses find our indoor coziness during this time of the year very attractive as well and make use of this opportunity to spread as they please.

While some viruses in circulation are relatively harmless, causing only common colds, others, like the influenza virus, can result in a serious respiratory infection, commonly known as “the flu”. Easily transmittable among humans via respiratory droplets, influenza thrives indoors. Being in the same room as an infected sneezing person or touching a contaminated door handle is enough to get the infection if you are not already immune. So how can you become immune to the influenza virus?

One way is by getting an influenza infection. Considering the virus’s mutation rate, it is theoretically possible to develop life-long immunity by catching the flu every year. This is, of course, not the advisable option, because of the serious and potentially life-threatening health implications of the flu. The second and by far more advisable option is annual vaccination. The World Health Organization (WHO) recommends vaccination for all individuals, and in particular for people at high risk of complications, such as children, the elderly, individuals suffering from chronic diseases, pregnant women and health workers [1].

Nevertheless, vaccination rates remain low and are even in decline in some cases, in spite of increasing efforts to tackle the logistics of producing and distributing vaccines around the world [2]. This could be attributed to the many misconceptions surrounding influenza vaccines and the virus itself. The aim of this article, therefore, is to shed some light on this matter and to argue the importance of annual vaccination.

The Flu and Misconceptions Around It

Despite the “Flu Awareness Campaign” organized each year since 2013 by the WHO [3], influenza remains widely misunderstood [4]. It is typically confused with the common cold. Understandably so, as these are associated with similar symptoms, such as a sore throat, a runny nose, headaches, coughing and fever. The difference, however, is in the abrupt onset of symptoms, which are far more severe in the case of an influenza infection. Moreover, while a common cold tends to clear up after a few days (and usually within a week), the flu can last several weeks and could prove fatal [5, 6].

Another unfortunate misconception is that antibiotics are effective in treating the disease. This could not be further from the truth. Antibiotics only work for bacterial infections and taking them when they are not needed can be harmful, increasing the risk of developing antibiotic-resistant bacteria. As with most viral infections, there is no cure for influenza, except waiting for the immune system to fight it off.

Thus, as with other viral infections, prevention is key. For more than 60 years, annual vaccination has been the go-to preventive measure against viral infections. But why is it necessary for the vaccine to be administered on a yearly basis? Why doesn’t the vaccine guarantee protection against the virus? And why are pandemics still such a big threat [7]? To answer these questions, it is helpful to understand how influenza viruses are distinct from each other and how they evolve.

The Many Types of Influenza

Influenza viruses are small particles, usually spherical in shape, with a diameter ranging from 80 to 120 nm. To this day, four main types of influenza viruses have been discovered. These are classified on the basis of their core proteins, named A, B, C and D. Only types A and B are relevant for public health. Type A is the most complex and pathogenic type (the only type responsible for pandemics), with many subtypes determined and named by the combination of the glycoproteins found on the virus’s surface: Haemagglutinin (HA) and Neuraminidase (NA). For example, from what can be gathered, the influenza A viruses circulating this season fall into the categories H1N1 and H3N2. [1, 8, 9, 10, 11, 12]

The antigenic drift process involves the gradual accumulation of mutations in the viral genome. These mutations cause changes in the HA and NA surface glycoproteins of the virus. When enough changes have occurred, a new antigenic variant (a.k.a viral strain) emerges. The latter is different enough from its parent strain that the immune system does not recognize it anymore. Thus, the new virus is free to infect the host. This is the reason why the seasonal influenza vaccine has to be reformulated every year. Since 1952, WHO’s GISRS identifies and recommends the suitable strains to be included in the following seasonal influenza vaccines twice a year, ahead of the Northern Hemisphere and the Southern Hemisphere winter months [13].

The antigenic shift is where influenza takes on its most unpredictable – and thus dangerous – form. The shift is an abrupt process, in which two or more influenza viruses exchange genomic segments, resulting in a genetically novel virus. The antigenic shift takes place so quickly that there is little to no time for the population to acquire immunity. This occurs, for example, when an influenza virus which could otherwise only infect animals suddenly acquires the ability to infect humans.

The most recent example is that of the 2009 swine flu pandemics, which occurred from a shift in the H1N1 strain. Fortunately, the mortality associated with the 2009 pandemic did not exceed the mortality of seasonal influenza. However, this was not always the case: Some studies suggest that the infamous 1918 Spanish flu pandemic was caused by a H1N1 virus that was very suddenly transmitted from pigs to humans [15]. The Spanish flu was the worst influenza pandemic of the last century, killing 50 to 100 million humans, which represented 3% – 6% of the entire global population at that time [16].

The Influenza Vaccine: A Work in Progress

As it may have become apparent by now, creating a universal influenza vaccine is tricky, given the many ever-evolving viral strains. The current strategy to fight the virus involves constantly monitoring the circulating viruses (using samples from infected people) and developing a new vaccine twice a year in an attempt to match those viruses in both Hemispheres.

Thus, every year, medical authorities are locked in a race against the mutating virus. Public health officials have to predict which viruses will circulate in the following season and produce the vaccine early enough so that it can be distributed across the globe before the season begins. This answers the question regarding the less-than-perfect influenza vaccine efficacy, which ranges from 60% in a good year to 20% in a bad one [9]. These numbers should not discourage us. It is still worth getting vaccinated even if the “race” has been “won” by a drifted virus that year.

Just like influenza, the issue of vaccinations is clouded in myths. It is therefore worth discussing the most common questions regarding influenza vaccination.

Can vaccination cause the flu?

No. The vaccine contains an inactive (“killed”) virus, or only part (e.g. a gene) of the virus, both of which are unable to cause infection. The only way to become infected by the same influenza virus you have just been vaccinated against is through prior contact with the virus.

What are the risks involved in getting vaccinated?

As with other vaccines, the flu vaccine is extremely safe and is commonly only associated with mild side effects, such as temporary minimal swelling or redness around the area where the shot was administered. The probability of an allergic reaction to components of the vaccine – a risk which is significantly lower than the risk of severe complications from influenza – is very low. Moreover, any side effects from the vaccination are well understood and medical personnel are prepared to offer assistance if needed. These side effects are, all things considered, less debilitating than the potentially unmanageable complications that arise from influenza [18].

In addition, the WHO is transparent regarding vaccination and offers extensive information and training programs online. They also publish the composition of the influenza vaccine for the current season on their official website [19].

Is it too late for me to get vaccinated?

Definitely not. The ECDC influenza trend update from week 50 of 2019 indicates that we are just entering peak season, which is expected to last for about 12 weeks [25]. Hence, if you get vaccinated in January, you still be immune for most of the peak season (as it only takes around two weeks to build up antibodies) [26].

I don’t belong to any risk group. Why should I get vaccinated?

Even if you you think you have a low chance of being exposed to influenza this season, you should still consider getting vaccinated. Immunizing yourself means the virus cannot use you to spread further. Thus, you help protect the people you come in contact with every day, some of whom might be at risk, but unable to arrange vaccines for themselves, such as the very young or the very old.

Seasonal influenza may be a mild disease for generally healthy adults, but it can prove fatal for the elderly, who often also suffer from chronic diseases that weaken the immune system. This has been a well-known fact for many years and the WHO has been recommending a vaccination coverage rate of at least 75% for older people since 2003. Nevertheless, real vaccination coverage levels are as low as 1% in some regions of the world [2, 27]. Thus, immunizing healthy individuals can still make a big difference for the most vulnerable.

What could one do with all this information? Firstly, I believe acknowledging the complexity of the problem that influenza poses is the first step to appreciating the efforts that are being put into eradicating this disease. The next step should be individually taking action to contribute to this effort, by getting vaccinated prior to or during influenza season and encouraging friends and family to do the same. The Swiss are frequently reminded to get vaccinated in the fall, thanks to widespread information campaigns and to the initiative of some companies and universities to offer free vaccination to their employees and students. Moreover, Swiss health insurance providers cover vaccination fees for all individuals considered at serious risk of suffering complications as a result of the influenza virus (as described by the WHO [1]), [24].

To sum up, influenza is a resilient virus and should not be taken lightly. Right now, annual vaccination is the responsible course of action to take in order to reduce the spreading of the virus and to help put an end to the burden it represents at all levels of society.

Andreea Ciuprina is currently pursuing a Master's Degree in Computational Biology and Bioinformatics at ETH Zürich. She obtained her Bachelor’s Degree in Electrical Engineering and Computer Science at Jacobs University Bremen.