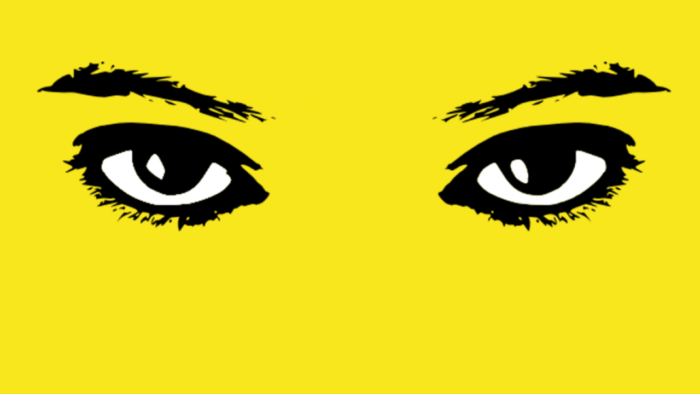 There are no politicians left in Switzerland. Swiss citizens are governed by Helvetia, a benign artificial intelligence that develops its policies based on the values and interests of its constituents. A modern utopia or a dystopian nightmare?

“Should Switzerland embark on negotiations in the next four years to join the Western European Union?” ‒ “No”

“Do you approve of schools allowing pupils to be exempted from individual subjects or events on religious grounds (e.g. physical education/swimming, school trips, sex education lessons, etc.)?” ‒ “No”

“The city of Lausanne plans to raise the emergency relief funds for unemployable IT personnel by 5 million Swiss francs. Do you agree with this measure?” ‒ “No”

Helvetia knew pretty well which questions were relevant to him, but that didn’t make them any more interesting. David had always been bored by politics, so naturally the national sentiment survey was nothing he revelled in. He still preferred it to how things were when he was young, though. The plethora of referenda on topics he hardly knew anything about, let alone would be interested in, but on which he nevertheless was supposed to vote every three months.

Then there were the elections. Hundreds of unknown faces to choose from; attached to names he had never heard of. One set of names would usually run for city council, a similar, but slightly bigger set running for cantonal office. And even more running for the national parliament. All of them accompanied by bland slogans devoid of any real meaning: “For freedom!”, “For the families!”, “For Switzerland!”, “For Justice!”, “For Everything and Everybody!”.

And if the slogans weren’t completely inane, they were completely inane and meant to scare. Vote “Yes” or Switzerland will cease to exist! Vote “No” or you’ll be job- and homeless. Vote for Interchangeable Party Slogan Number 86 to prevent the global apocalypse!

“No, this is definitely an improvement”, David thought when he arrived at his last question. Just express your opinion on a couple of issues a day and be done with it.

“Should couples with a known heritable genetic defect be allowed to have access to prenatal genetic therapy (PGT)?” ‒ “Yes”

Judging from the frowning faces of his co-commuters David assumed that most of them were also fighting their way through Helvetia’s survey. And some of them were even doing it the old-fashioned way. Why anybody would voluntarily stick to using old-tech like tablets was beyond David.

“Well, whatever makes them happy, I guess.” ‒ “Excuse me?” David’s neighbour, a woman in her thirties looked inquisitively at him. “Sorry, I was just thinking out loud. So, what did Helvetia dish up for you today?” ‒ “Ah, just some questions about social security, healthcare and retirement age. We just got our second child, so I guess she felt like checking for my mindset with regard to taking long-term provisions. Ah yeah, and there was also a question about religious exemptions in school.” ‒ “Oh, I got that one too. Twice already in recent weeks. I wonder what it’s all about. I haven’t heard about any faith-related incidences in a while.” ‒ “Probably just some ultra-catholic Valaisan causing trouble or something like that. But that’s just a hunch, how would I know? My job’s about looking for signs of intelligent life in the universe ‒ I’d be wasting my time if I were searching in Visp or Sion, don’t you think?”, she asked him with a wink. “True”. They sat in silence until David’s stop arrived. He politely said goodbye and stepped out of the metro.

It was pouring down, so he the double-timed it to his office. Upon entering, his secretary greeted him cheerily. “You look slightly wet, David. It might have been a good idea to bring an umbrella, wouldn’t it?” ‒ “You don’t say. If you’re so smart why don’t you just warn me in time? You know the weather forecast better than me, after all”. ‒ “I’m sorry David, I’m afraid I can’t do that.” ‒ “Yeah, yeah, I know. University policy. Protecting university equipment from improper usage and abuse, blah,blah,blah. I don’t see how warning me about a bit of rain is putting your circuit’s well-being danger” - “You can always get an update on your implants, if you wish” - “And giving yet another AI access? No, thank you. Helvetia and you are all I can handle and want to handle for now. So, what’s on schedule for today?”

At 17h00 David left his office and hurried back to the metro. His wife would get off work soon and they planned to go the opera today. Upon sitting down, an update flashed on his retina:

“Swiss legislative updates for the 28th of January 2068:

Do you wish to be informed about additional updates?”

With a blink, David pushed the message away. He’d rather get into the mood for tonight. They were performing a new piece written by TSZ 1896, so he activated his aural speakers and dozed off to the sound of trumpets, horns and trombones.

This short story was written for an issue of Reatch's experimental event series "Reatching into the Rabbit Hole" with the title "Should we replace politicians with algorithms?", hosted at the Applied Machine Learning Days 2018 at EPFL Lausanne.