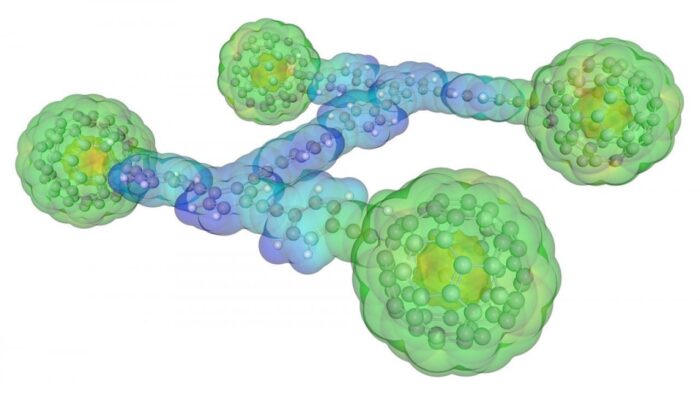 This year’s nobel prize was awarded to absolutely fundamental scientific research. M.M. Lerch thinks this is a good thing, as this type of research has educational benefits and long-term effect that are often under-appreciated.

This year’s Nobel Prize in Chemistry was awarded for fundamental research – and this is a good thing! The award bestowed to Jean-Pierre Sauvage, Sir J. Fraser Stoddart and Bernard L. Feringa was given "for the design and synthesis of molecular machines". Fundamental scientific research, as opposed to applied scientific research, focuses on proving novel concepts and working out new ideas. While the word “machine” might suggest applied engineering, it is important to notice that immediate applications for this field are not nearly in sight (generally the Nobel committee tends to award work with tangible implications). Many scientists were thus caught by surprise after the award, even in my circle of friends and colleagues working under Prof. Feringa. I believe though that this year’s Nobel Prize sends out an important signal: there is space, recognition even, for absolutely fundamental scientific research, for scientific creativity and pure curiosity of the human mind.

Together with many other groups around the world, this year’s awardees have worked on the basic approach to “do work” on a molecular level, meaning: How can one transform simple concepts of our macroscopic world to a realm of single molecules? Is this even possible?

What one needs to realize is that when going so small, simple concepts such as friction, pressure and electricity that keep a lot of our machines running do not hold true in the same way they do in our daily experienced world, since we are entering the world of quantum effects and Brownian motions. So how can we make molecules that do what we want e.g. work as a molecular motor, or as an artificial muscle? How can we control them and how can one study the exerted work? Even more importantly, is it possible to translate motion and work on a single molecule level to move objects of the macroscopic world? The groups of Sauvage, Stoddart and Feringa, among others, have laid the foundation to address many of these questions.

The added value of fundamental science projects cannot be immediately put in numbers, since revenues on research investments are uncertain. Oftentimes, there is nothing to be shown in terms of applicable product at the end of years of work. However, proof-of-concepts can sometimes be picked up decades later and be used in a completely unrelated context. This change of context can lead to rather unexpected yet highly valuable applications. Important examples are nuclear magnetic resonance (with its application in MRI) and gene editing. For both techniques, the understanding of the underlying principles were investigated long before the actual application.

Fundamental scientific research, in contrast to applied scientific research, has the advantage to be a holistic educational experience. What does this mean? Applied research is often relatively close to engineering approaches: How do I solve a certain problem in the most efficient, cheap, or practical way? Fundamental research, however, is not necessarily directed to a certain goal. Thus, an aspiring researcher is not merely confronted with a specific and well-defined goal, but rather with a scientific playground. Having fun on such a scientific playground while still doing significant research is an incredibly challenging and daunting task. A mind does not only have to come up with its own questions, evaluate them for significance and feasibility, but also then has to bring with it the toolbox that enables it to actually carry out the experiments to answer the posed question. While successful approaches to this kind of research can be passed on by scientific mentors, creativity is difficult to learn. One can learn how to ask questions that lead to productive ideas and scientific projects, but ultimately coming up with a new idea is a challenge. Doing concept-based research not only teaches you project management and intellectual skills, but more importantly it also teaches you humbleness, flexibility and the ability to really find out where your passion comes from. In this way, doing a Ph.D. in fundamental scientific research is a personal development rather than production of results. This might sound rather idealistic, but asking questions and taking all the measures to answer it will force you to learn new skills and techniques. Researchers trained in this way of working are equipped for challenges in many different industries and have the skillset to add creative ideas to fields as broad as engineering, chemistry, and material sciences, to name a few. I hope that after this year’s Nobel Prize, an increasing number of people will start appreciating fundamental research and what it takes to pursue it. We are still at the very beginning of the process of finding out what molecular machines can do, but being able to “do work” at such a level and exerting control over molecules bears the potential to completely change the world as we know it.

Michael Lerch (27) studied at ETH Zurich in Interdisciplinary Sciences and is currently pursuing his Ph.D. at the Stratingh Institute for Chemistry in Groningen under the supervision of Prof. Ben L. Feringa.