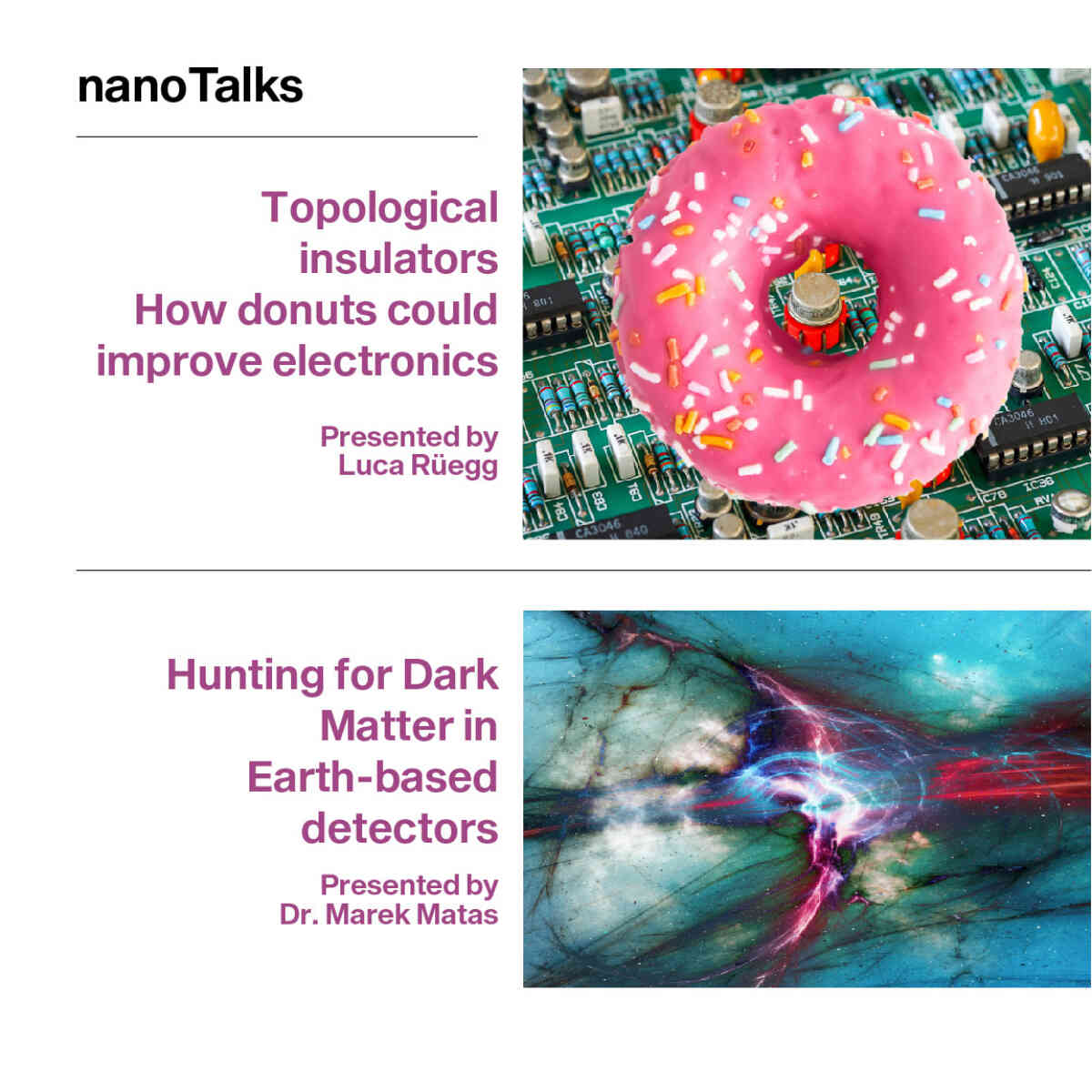 The September nanoTalks are all about materials and physics: learn more about topological insulators and how doughnuts could improve electronics or get to know more about hunting for dark matter in earth-based detectors.

Visible matter contributes but a small fraction of the total mass of the universe that we currently observe. The majority of the missing mass is thought to be hidden in the form of an unidentified particle, the so-called dark matter. Nature, origin, and properties of dark matter have proven to be some of the most elusive mysteries of modern-day physics. Decades of effort were made to run some of the most ambitious experiments trying to detect an interaction of a dark matter particle with an Earth-based super-sensitive detector. In this nanoTalk, Dr. Marek Matas will tell you what it is that scientists have already figured out about this phenomenon, what are the state-of-the-art experiments that have pushed the limits of the unknown the furthest, and what are some of the most ambitious and promising plans for future exploration that might help us with solving this long-standing mystery once and for all.

For many decades, physicists thought that there are two classes of materials when it comes to electronic transport: materials that do conduct electricity and the ones that don’t. However, in recent years it has become clear that there are materials that can do both: in the interior they behave as insulators whereas on the boundary they are conducting. These are called topological insulators, named after the topological numbers, that distinguish them from other materials. An example for such a topological number is the number of holes in a geometrical object, i.e. 1 for a doughnut. Topological insulators conduct electricity much more efficiently than any cable you have in your computer or smartphone. Thus, as humanity faces an ever-growing demand for electricity, topological insulators are a promising solution to reduce the energy cost of electronic technologies.