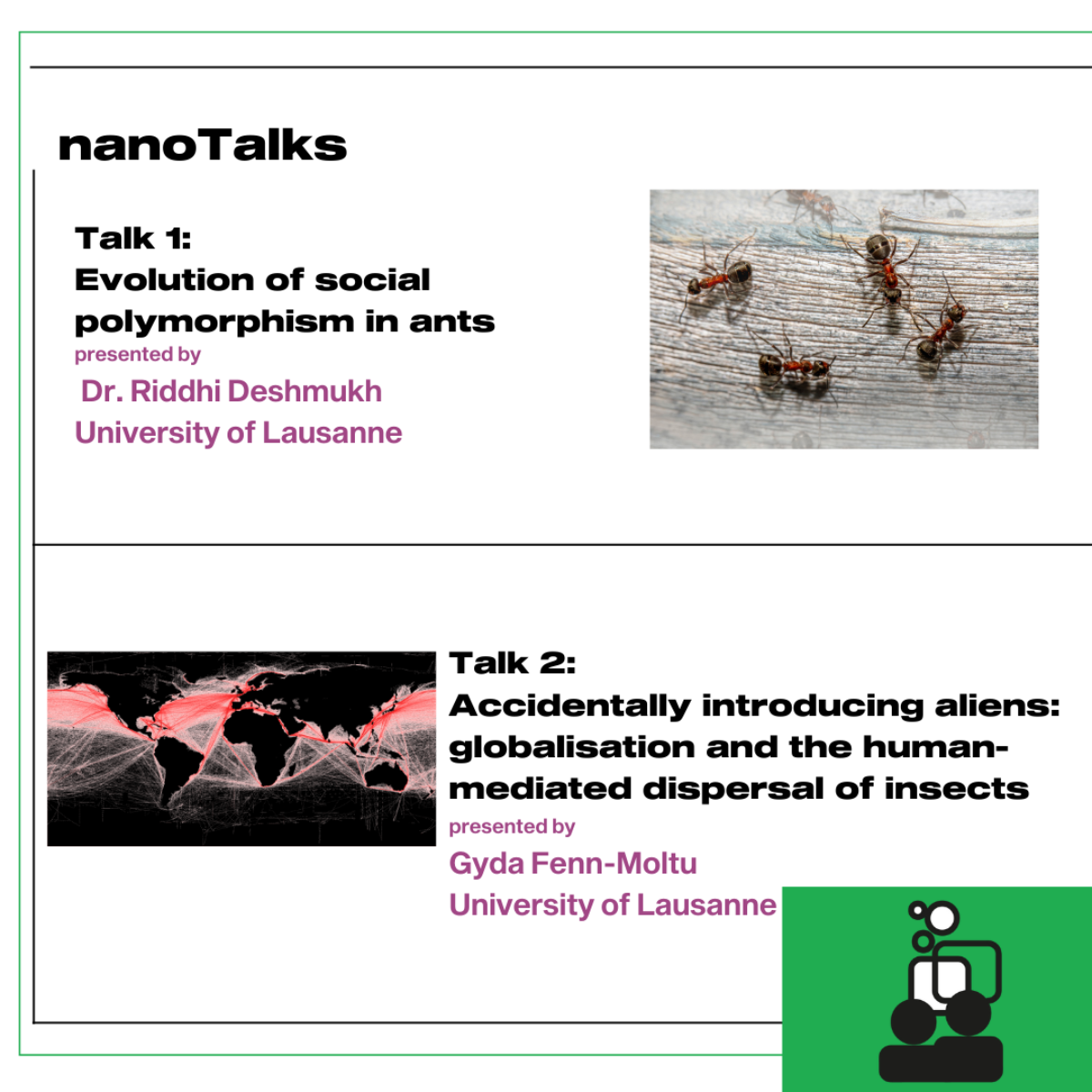 January's nanoTalks are dedicated to insects. In the first talk, Dr. Riddhi Deshmukh will show at how genomic data determines the social structure of Formica ants. In the second talk, Gyda Fenn-Moltu will explain how she uses records of insects detected during biosecurity inspections to study the steps of the invasion process leading up to alien species establishing in new areas.

Ants are among the most species rich organisms on the planet, which occur in a vast range of habitats. The ability of ants to form different kinds of societal structures has been crucial to their success. Ant societies can range from simple family structures with a single reproducing queen, to more complex organization with numerous reproducing queens and several nests in the same colony. In the Formica group of ants, two kinds of colonies exist, those with single queens and those with multiple queens. This polymorphism is shared among several species of this genus. It is therefore ancient and has been passed on to numerous descendent species of Formica. The social structure that a colony has is determined genetically by variants of a supergene (a large region of the genome containing numerous genes). Dr. Dehsmukh's work addresses the evolution of this social polymorphism across a small group of Formica ants. Using genomic data, she observed that there has been some horizontal transmission of supergene variants between species. This would allow faster spread of the social organization among Formica species and help in its maintenance over millions of years.

Our world is increasingly interconnected through networks of trade and travel. As human activities move species outside of their native ranges, patterns of biodiversity are being rearranged at the global scale. Some of these alien species have considerable impacts on both native ecosystems and human society, but we still know little about the processes determining which species are introduced, which become established, and which go on to cause problems. Gyda Fenn-Moltu, uses records of insects detected during biosecurity inspections to study the steps of the invasion process leading up to alien species establishing in new areas.